The members of the Council have welcomed the successful counteroffensive against Daesh achieved by the Iraqi forces with the help of the coalition. Daesh has lost 45% of the territory it used to control at the peak of its expansion.

We— the members of the Council — expressed our concern regarding the humanitarian situation in Fallujah and in the region, in particular the situation of the tens of thousands of people displaced because of the fighting.

And finally, the members of the Council have called on all the parties to respect their obligations regarding international humanitarian law. It is crucial that the Iraqi state makes sure that no exaction nor retaliation be committed against civilian population by paramilitary groups. 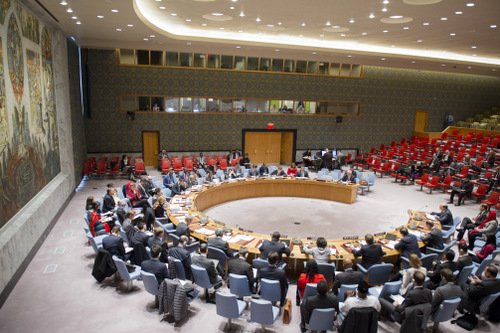